Choosing the right time to visit Prague with a goal to create some great travel imagery is an important decision you have to make. Nobody can guarantee the weather but you can increase the odds. In this article, I will help you to determine the best time to photograph to Prague.

In 2019, Prague welcomed 6.7 million international tourists (source: Prague City Tourism). That’s about 6 times Prague’s population. The majority of tourists come here with one goal – to visit and experience Prague’s most popular attractions. That’s what you want to photograph as well, right? I bet it is.

Visitors come to Prague all year but some months are better than others. The main season starts in May and ends in October. April and December fall into a shoulder season while January and February represent the lowest season.

How does a high season in Prague really look like? In July or August when incoming tourism is peaking, you can barely walk on Charles bridge during the day and it can easily double the time it takes you to cross the Old Town Square (compared to about two minutes normally). Personally, I’m trying to avoid these places whenever I can. They can get dangerous – you can get easily hit by a selfie stick. No one wants that.

Okay, we have covered the tourist seasons. As everywhere else in the world, they reflect the weather seasons. That’s what I’m going to address now.

How many seasons take a turn in Prague?

As I was saying, thanks to our position, we have a temperate continental climate which results in four equally long seasons that take turns throughout the year – spring, summer, autumn, and winter.

In the next sections, I’m going to give you a brief understanding of each of them and what you can expect. 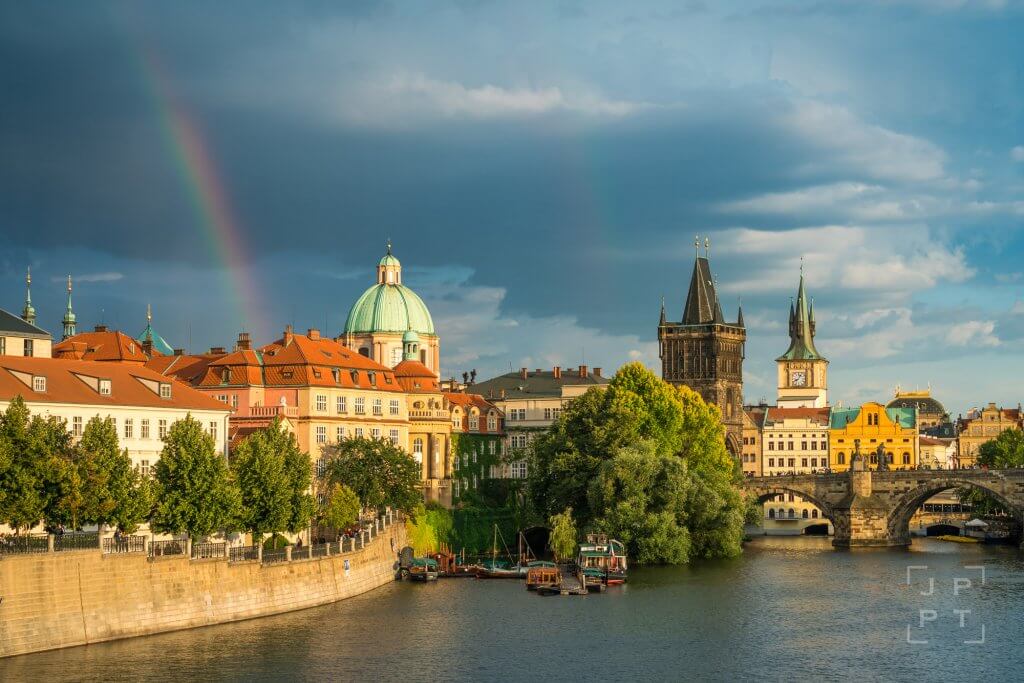 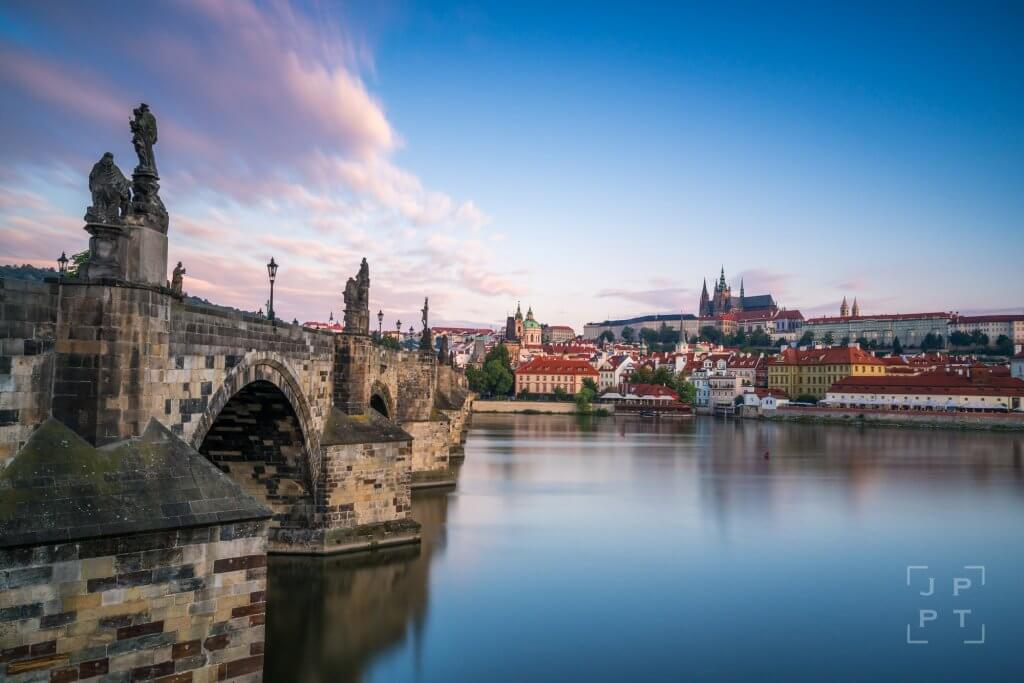 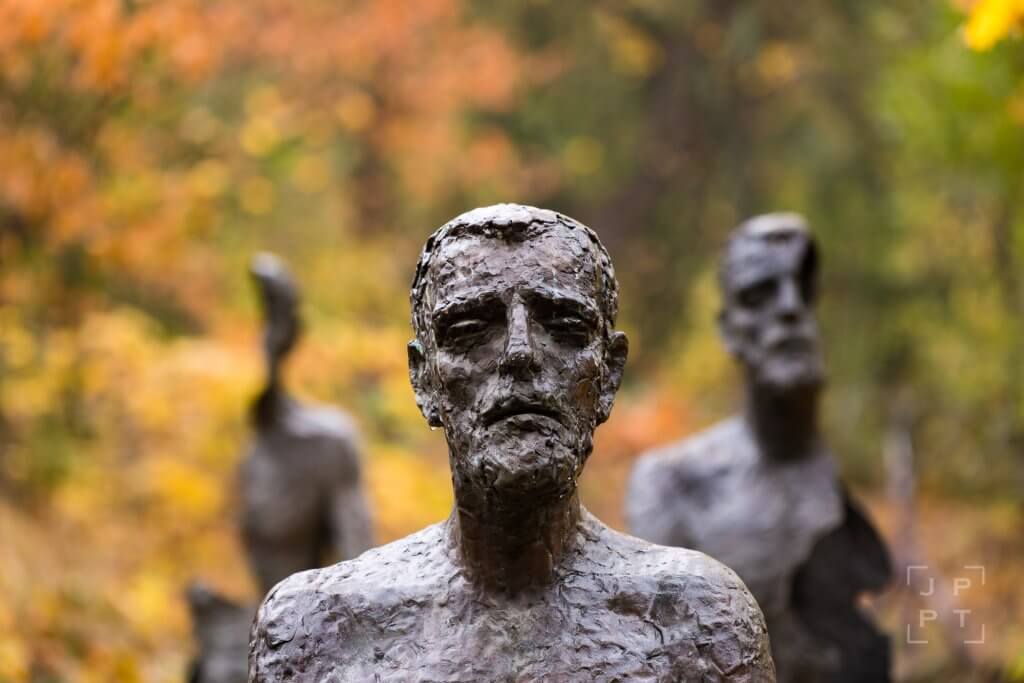 Memorial for victims of communism in autumn, Prague, Czech Republic 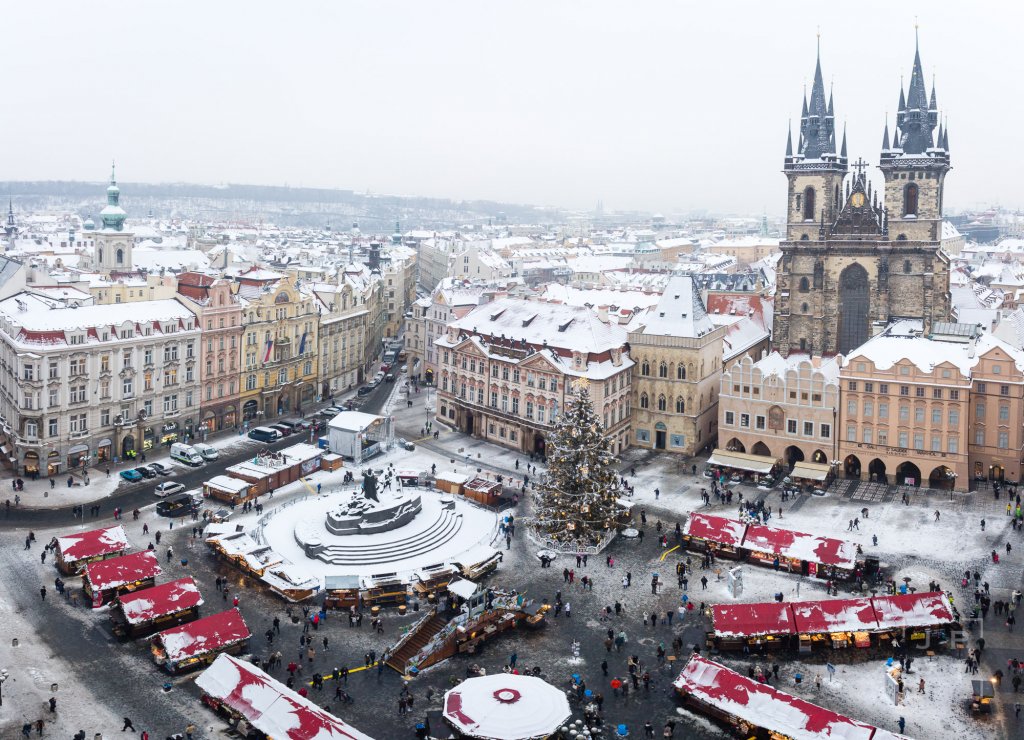 My recommendation on the best time to photograph Prague

You can visit any time of the year but some months are better for doing photography than others. If I were you, I would avoid the peak season in July and August as well as winter. Spring and autumn bring some of the most interesting skies due to the ever-changing weather.

Typically, I’d look into visits in the shoulder season and the beginning and the end of the high season. The first period is from April to early May and the second one is between mid-September and mid-October.

These options leverage well the weather as well as the numbers of tourists roaming through the streets of Prague and potentially getting in your pictures.

If you are planning your trip to Prague and want to have a photography guide by your side who knows the best spots, timing and focuses on travel, cityscape, and long-exposure photography, don’t hesitate to contact me.

This site uses Akismet to reduce spam. Learn how your comment data is processed.

Blog Categories
Recent Posts
We use cookies on our website to give you the most relevant experience by remembering your preferences and repeat visits. By clicking “Accept All”, you consent to the use of ALL the cookies. However, you may visit "Cookie Settings" to provide a controlled consent.
Cookie SettingsAccept All
Manage consent

This website uses cookies to improve your experience while you navigate through the website. Out of these cookies, the cookies that are categorized as necessary are stored on your browser as they are essential for the working of basic functionalities of the website. We also use third-party cookies that help us analyze and understand how you use this website. These cookies will be stored in your browser only with your consent. You also have the option to opt-out of these cookies. But opting out of some of these cookies may have an effect on your browsing experience.
Necessary Always Enabled
Necessary cookies are absolutely essential for the website to function properly. This category only includes cookies that ensures basic functionalities and security features of the website. These cookies do not store any personal information.
Non-necessary
Any cookies that may not be particularly necessary for the website to function and is used specifically to collect user personal data via analytics, ads, other embedded contents are termed as non-necessary cookies. It is mandatory to procure user consent prior to running these cookies on your website.
SAVE & ACCEPT